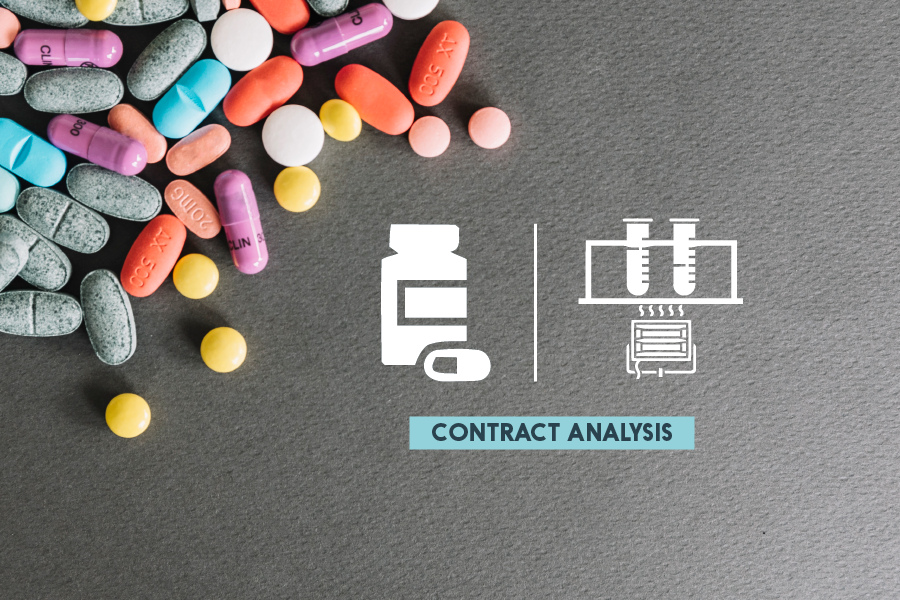 At our applications lab we do several analysis. We´d like to share an interesting example with you.

The freeze-drying process is important in the pharmaceutical and biotechnology industries to stabilise, store, or increase the shelf life of formulations and other biologicals. Freeze-drying uses a process called lyophilization to lower the temperature of the product below freezing, and then vacuum is applied to extract the water in the form of vapour (sublimation). Knowing the phase diagram of the formulation is paramount to define and optimise the freeze-drying process.

Formulations may form a eutectic system which is characterized by the eutectic melting line, the lowest achievable melting temperature across the entire composition range and, at a specific homogeneous mixing ratio, they present a single melting point. Eutectic system characterization is important since the freeze-drying process conditions must be set based on the eutectic temperature.

In this study, a thermal characterization of a freeze-dried formulation was performed using Differential Scanning Calorimetry (DSC). The picture shows a DSC thermogram where two endothermic effects are visible. The first one (yellow arrow) corresponds to the transition S/S+L of the eutectic mixture, while the second one (red arrow) corresponds to the transition S+L/L, as exemplified by the phase diagram on the left.

This type of work can be performed using a NEXTA DSC Series from Hitachi equipped with an intracooler (temperature range from -80ºC to 500ºC).

Analysis reports can be prepared in English (default), Portuguese or Spanish.

Other services can be requested on demand. They include analytical methods development and validation, route cause analysis support, reverse engineering support and technical consultancy in material characterization.